South Carolina is one of the most Conservative States in the U.S. by voting population, but many times those in Columbia mimic left coast liberals when it comes to things like kick-backs, pay-offs, and other forms of government corruption. I will use my legal experience to root out corruption of all types and fight for justice for everyone in Columbia.

South Carolina has consistently been ranked among the worst States when it comes to education, yet a recent nationwide study found that South Carolina had the highest average GPA’s in the United States. This is because we have one of the lowest graduation rates (82.6%) in the Country. We must do more to offer better educational alternatives and keep our kids in school to ensure a bright future for the next generation.

We need to keep South Carolina open for business. I will use my private sector experience to enact pro-business policies, fight overbearing government regulations, and balance the budget by reining in out-of-control spending.

Unfortunately, the Good Ol’ Boy system is alive and well in our state, and the primary reason is entrenched career politicians who have lost touch with their constituents. Government service should be for a season and should not be a career. I strongly support term limits for both the SC House and SC Senate. 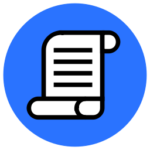 I proudly support our right to keep and bear arms, and am committed to protecting this fundamental right.